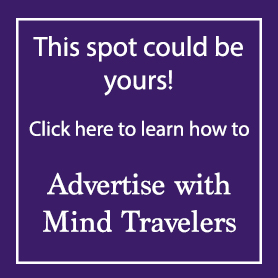 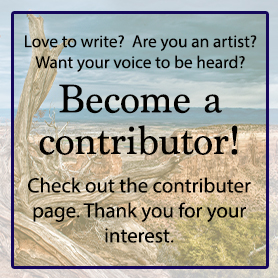 Do You Even NaNoWrimo?

This year has flown by in the strangest possible ways. It is almost over! The year 2020 is definitely one that few will forget. With November just around the corner we all have an opportunity to add a positive experience to this unforgettable year: writing a novel!

Every year, thousands of writers in the US join the challenge of the National Novel Writing Month, or NaNoWrimo, a creative writing project. The challenge of NaNoWrimo is to write a 50,000 word novel in the month of November. The idea is to attack the challenge without worry about judgement or if your work is any good: what NaNoWrimo calls “reckless creation.” In fact, the advice most seasoned participants give, is to write something every day without looking back until the first of December. What you end up with at the end of November may not be worth a damn, but you will be left with the sense of pride that you created something.

The NaNoWrimo organization itself does not give out prizes. The challenge is not to win a competition, it is to accomplish a goal for yourself. Anyone that completes their 50,000 words within the month is considered a “winner”. In some regions, winners of the NaNoWrimo challenge can compete within their groups for a prize. For example, in 2008, there was a competition within the Seattle Region in which the writer with the most words won an opportunity for a walk-on role in Star Trek!

NaNoWrimo was started in 1999 with 21 participants and has grown to 295,396 participants in 2019.  Locally, we have a small group based in Grand Junction. Participants are encouraged to write with a buddy. If you don’t know anyone that will participate with you, joining a local group and participating in the event will help you find someone to write with.

50,000 words is a lot, but the organization has many helpful tips and guides to help you on your way. Most writers that accept the NaNoWrimo challenge divide the 50,000 words into smaller more manageable chunks of 1,667 words per day.  If a day is missed, the word count for that day is divvied up into the remaining days.

Many professional writers have  competed in the competition. Many new rising-star writers have also emerged from NaNoWrimo. In the 2008 competition, Marissa Meyer wrote three books in her series called the Lunar Chronicles: Cinder, Scarlet and Cress. All three became best sellers. Meyer wrote her novels hoping to win the Seattle Regions NaNoWrimo competition. Other famous books written during the event include: The Night Circus” by Erin Morgenstern, “Water for Elephants” by Sara Gruen, “The Beautiful Land” by Alan Averill, “Fangirl” by Rainbow Rowell, “Wool” by Hugh Howey.

On the NaNoWrimo website, there are many Author “Pep Talks” written by professional authors to help you stay inspired. There are also many author-pleasing discounts offered to winners of the competition. There is even a youth program in which each competitor challenges themselves to write a novel with a wordcount tailored to the writer.

Raven O’Fiernan is a member of the local region and co-Municipal Liaison. It is her job to help organize events and help writers in the community. She has participated in NaNoWrimo 16 times. She has not won every year, but she still loves the experience.

“My goal is always to start and finish one novel.” She says, “There were a few years where I did not make it to 50,000 words. But most years I at least get to 50,000, and actually most years, I also finish the novel.”

50,000 words is the minimum length you must write in order to “win” the event; but of course, that does not mean the novel is finished. At the end of it all, if you’ve done the challenge but didn’t finish your book, you should finish the novel! NaNoWrimo is not meant to help you complete a novel that will be a national best seller– it is just meant to be a challenge that helps inspire average people to complete something of their very own. Writing every day can help create a creative habit; clear writers block or just boost your confidence. Participation certainly adds new skills to any writer’s toolbox.

Working little by little on your story will also help you in other aspects of your life. Writing a novel within a month’s time is a lofty goal and breaking it down can help you better understand how to complete other non-writing related goals. Whether completing a painted masterpiece or building your dream home, any project feels less daunting when it is taken a step at a time.

Raven describes the feeling of participating in NaNoWrimo as almost magic “The main thing I would say is that there’s just this constant joy of creation hovering over the background of everything, kind of like being enveloped in a mysterious fog.  Everything is magical.  It’s not always happy — I’m definitely prone to days where I beat myself up for not writing more, or just in general feeling bad about my novel, but it still has a kind of ethereal feel to it that’s all wrapped up in the fact that it’s happening during NaNo.  I can’t really explain why.  I’ve tried other similar challenges, and I just don’t get that same sort of . . . intangible feeling.

“My favorite part is just the sheer focus on creativity.  Setting other things aside and letting that take over as the sole priority. I love the fun and the competition and the excitement . . .. And really, I just love writing.”

Would you like to join us? Check out the event at nanowrimo.org and set up an account in order to get started today! NaNoWrimo also offers prep guidelines at nanowrimo.org/nano-prep-101#howtonanoprep. This guide suggests developing a story idea, characters and an outline in September, but a dedicated writer can get started now and be prepared to write by the first of November. Join us in December when we discuss the experience and speak with some of the writers in the area that have tried, have won and have failed.

All the information in this article (and more!) can be found https//nanowrimo.org.