What is an historical novel, really? On one level aren’t all novels historical in that they depict a society that exists in a moment of time? This was reinforced for me, recently, when I reread Stranger in a Strange Land by Robert A. Heinlein. Ideas that seemed fantastical when I first read it as a child in 1964, are amusingly dated at this point.

I didn’t read the introduction, preface or author’s note before I jumped into The Lilac Girls by Martha Hall Kelly, as I didn’t want the historical importance, or lack of importance, to affect the way I looked at the literary value of the book. The book follows the lives of three women, which while not entirely intertwined, certainly intersect. Each woman has her own voice and chapters. There was a time that this gimmick would have gotten you a rejection from an agent or publisher, likely on a sticky note, that read “Whose story is this? Pick a main character, rewrite and resubmit.”  Those days are long gone; the multiple voice narrative is very common now, fueled, partly, by movies like “Crash” and “Mulholland Drive”.

The Lilac Girls follows three women through World War II. Kaisa is a 17- year-old polish girl, arrested and taken to Ravensbruck Work Camp (later Concentration Camp), Caroline is a debutante/actress/philanthropist, and Herta, a young female German doctor consigned to dermatology when she wanted to be a surgeon. Caroline’s story dominates, as she volunteers at the French consulate at the time the Germans roll into France. The books covers some familiar territory to those of us of a certain age, the railroad car ride to the concentration camp; forced labor; and euthanasia that soon becomes mass murder. At first the three voices of the characters are not differentiated enough and the book lacks authenticity, but as the story goes along each character develops their own cadence, the most horrifying of which is Herta. There have been other books, and movies, in which you come to like the villain. That doesn’t happen with Herta, but you can actually see how her combined ambition and acceptance of Nazi doctrine slowly erodes her moral fiber, and how, once she gets to Ravensbruck, the authorities learn to exploit her extreme need for accolades to draw her into ever more heinous behavior.

Kaisa is haunted by the fact that her mother and sister are arrested after she violates Nazi rules, and they just happen to come to her work to visit. The relationship between mother, daughter and sister is probably the most deeply developed in this story, and I found myself rooting for the three of them to make it out of Ravensbruck alive.

Caroline is the shallowest character, which is ironic given that she has the most complex storyline. A failed actress from an extremely wealthy background, she loves her work with French refugees AND beautiful, expensive clothing. Her father died when she was 11 and his death haunts her, supposedly. This is the weakest theme in the book. While many successful women have the early loss of a father as a part of their history, the author of The Lilac Girls shows no skill in plumbing the depths of that loss.

The book is a very quick read if you can keep from getting interrupted. Like a television series, each character’s chapter ends with a hook, to keep you intrigued. The writing is very good, and there are some very unique descriptions and a few cliches. Someone loses “half their body weight”, for example.

The biggest quarrel I have with the books, and if I had even one second of spare time I would write a letter to the publisher, is that when Herta is tried for war crimes she testifies that ‘the Americans did similar experiments’ on prisoners of war. This sent me down a rabbit hole of research. I found absolutely no evidence of such an assertion being true. While it is true that the American government has conducted some terrible medical experiments, there can be no equivalency between what was done to political prisoners by Germany under the assertion that the prisoners were going to die anyway. It is irresponsible to put false information into the voice of a character, especially in what is touted as an historical novel.

When all was said and done, I read all the author’s notes about the historical basis of the book. I wasn’t surprised to learn that Herta was based on a real person, and war crime documentation, as I had seen a movie about her before and recognized her as I read along. Kaisa appears to be fictional, based on a composite of ‘The Rabbit Girls” women who survived medical experiments conducted by Nazis, and were brought to the U.S. for reconstruction and treatment by none other than Caroline Ferriday. Caroline’s story is the most biographical in the books, and almost everything, except her romance, is based on fact. I am glad I didn’t know any of this before I read the book, as I would have felt compelled to like it no matter what.

This is a book you should read, not just because Caroline Ferriday deserves our regard and thanks, but because it depicts very clearly, the human cost of war, beyond the newspaper headlines and dry trial transcripts. 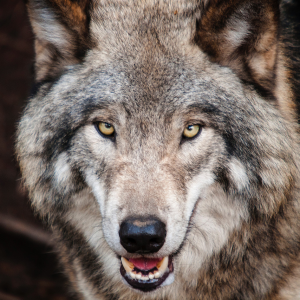 Fureyous is a writer in Western Colorado. She has a fiery, passionate personality and loves to tell us all just what is on her mind.